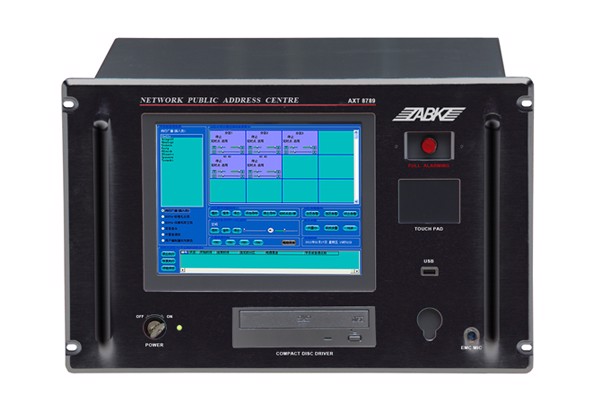 Network public address is a computer network technology based, modular structured and highly integrated and intelligent public address system.
The system realizes completely digital transmission and takes LAN as its transmission medium, and the transmission distance may be over a dozen kilometers. The existing LAN architecture may be used so that projects adopting the device can be constructed quickly and efficiently. It realizes fusion of multiple network and breaks the limitations that traditional public address systems can only realize download and can be only controlled at the computer room, by providing powerful interactive functions.
The network public address device is compatible with terminals with various functions, including player terminals, VOD terminals, paging terminals and one-button emergency calling terminals etc. The device is composed of a player, a zoning mechanism, a timer and an equalizer, in addition it also provides powerful audio matrix function.
The network public address system is applicable to airports, wharfs, college towns, schools, large gatherings (such as the Expo Park), gymnasium, industrial parks, parks, rail transit and express ways, etc.